It’s been about fifty days since she had dragged herself on to the golden sands of Yala, on the corner of Sri Lanka’s south eastern coast. Ill-suited for the trials of terra firma, she would have, with dogged determination, completed the task she was burdened with and quietly slipped back into the welcoming depths of the vast ocean. This entire performance would have taken place under the cover of darkness and come morning, she would be miles from the coast.

Beneath the Yala beach, however, cradled safely in soft sand, she leaves behind the newest chapter in a millennia-long story. 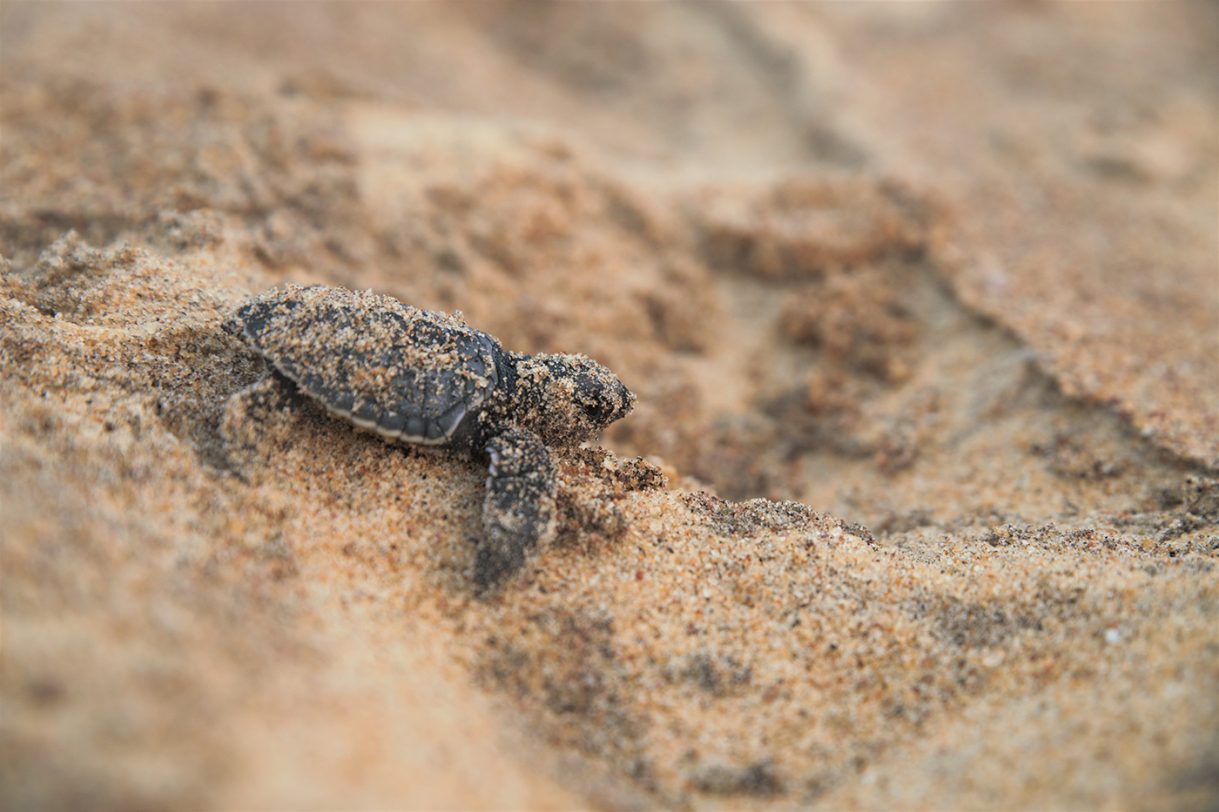 “This nest looks like it will hatch very soon, probably tonight. See how the sand has collapsed?” says Naturalist Chamara Amarasinghe excitedly, pointing at a circular patch of sunken sand, carefully protected by a wooden fence. Next to the fence stands a notice, “Turtle Nest: Do Not Disturb”, and beneath the warning a series of chalked crosses, keeping a tally of days. I count the crosses and come up with fifty. Chamara tells me that they keep an eye on the nests from forty-five days after nesting and they know a hatching is imminent when the top layer of sand sinks in, a result of the turtles forcing their way out of their eggs.

“The life-guards will let us know when the hatchlings start emerging,” assures Chamara and as we walk back towards Jetwing Yala, whose beach-front has proven a safe haven for nesting turtles, and over a refreshing glass of king coconut water, he elaborates more on the lives of these fascinating creatures.

I learn that sea turtles are an ancient lineage of reptiles, having swum the uncharted oceans of our planet since the time of the dinosaurs. When the dinosaurs vanished sixty four million years ago, the turtles persevered and continued to flourish in their saline homes. Although an abundance of species is believed to have once existed, only seven sea turtles have survived to the present day – the leatherback turtle, the loggerhead turtle, the green turtle, the hawksbill turtle, the olive and Kemp’s Ridley turtles, and the flat-back turtle.

“Of these seven, all are found in Sri Lanka except for the Kemp’s Ridley turtle and the flat-back turtle,” explains Chamara. And, save for the hawksbill turtle, four species have been recorded laying their eggs in Jetwing Yala’s expansive beach. Turtles exhibit beach-fidelity, I’m amazed to learn, returning to the same beach they hatched in to lay their eggs. Thus, the conservation efforts carried out by Jetwing Yala takes on an importance that is far more than meets the eye.

“We care deeply about our environment.” Gamunu Srilal, the General Manager of the landmark property, tells me with honest conviction, and looking around, it is easy to see the truth in his words. The spectacular lobby overlooking the turquoise Indian Ocean is bathed in natural light, with nary a lit bulb in sight. The water in my reusable glass bottle has been purified from the ocean and at the far end of the property, a 300kW solar farm glints in the tropical sun. In among these sustainable technological advancements are the conservation efforts, “…spearheaded by Chamara, of course,” Gamunu is quick to add.

Before I take my leave to retire to bed I inform the reception to let me know if the hatching event occurs that night.

It is grey dawn when the phone in my room trills. “The hatchlings have started emerging,” the voice that informs me is brimming with excitement. I quickly slip into bathers and hurry to the beach. Chamara is already there, waiting for me, clutching a flashlight which has been covered in a red film. He quietly leads me along the cool dunes to one of the nests, whose protective fence had been removed.

Pushing through the soft sand with the resolute determination shown by their mother a month and a half prior, the tiny turtles force their way out of their nest en masse. Spurred on and guided by the full moon, the young hatchlings frantically steer themselves towards the lapping waves. We watch, spellbound, as more and more emerge – a silent flood of flippers and shells, each barely the size of my palm. Our red-lit torches ensure we do not disorient the hatchlings, which get their bearing using the moon. The beachside lights have already been switched off, as per Chamara’s instructions.

The feeling I get as I watch the turtle babies is indescribable. To be allowed to be a witness to an event that has been unfolding, fundamentally unchanged, for millions of years is truly humbling. Chamara brings me out of my reverie by pointing out that not all hatchings are as successful as those at Jetwing Yala. 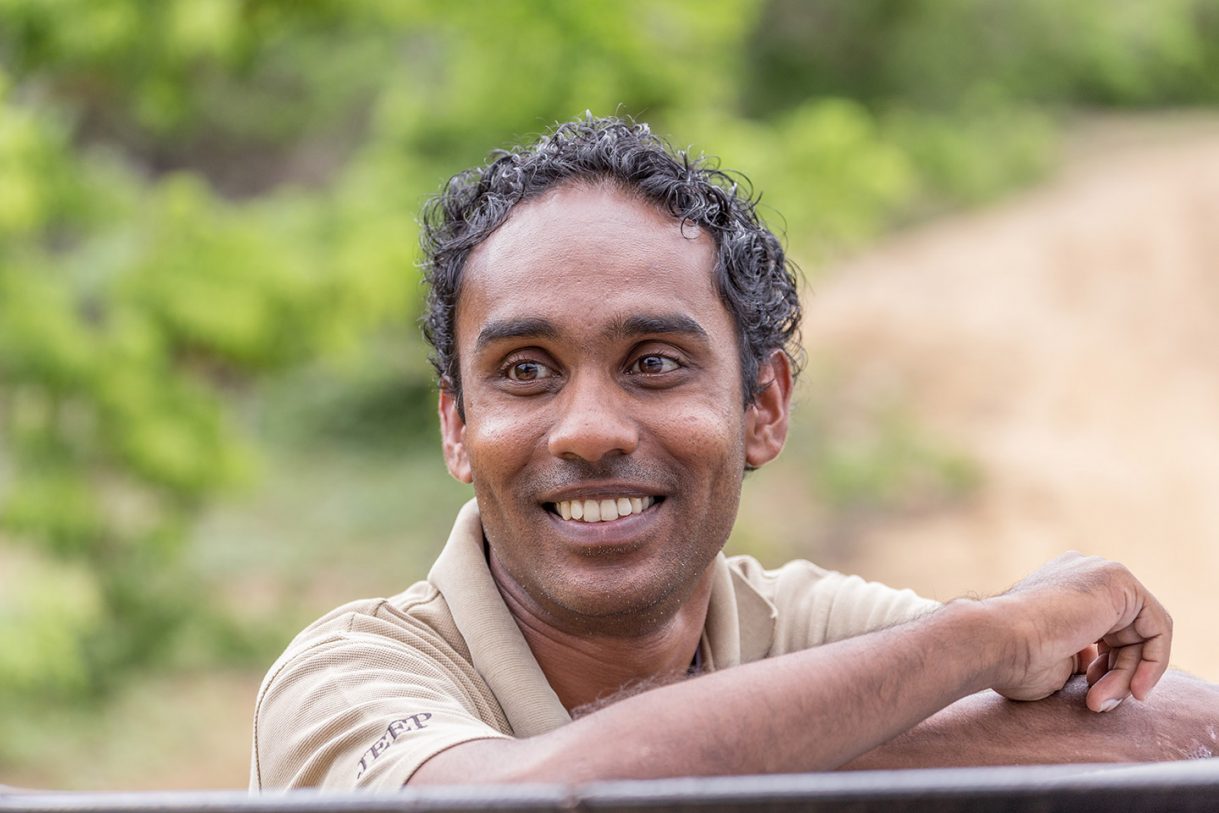 Despite these tremendous odds, Chamara does not believe in directly interfering with the egg-laying and hatching process. He advocates in-situ conservation – where the eggs are allowed to remain where they were laid and not removed to an artificial holding area. “The ecosystem must be permitted to function,” he explains. “We simply give the hatchlings a leg-up.”

Dawn has started lightening the skies as the last of the sixty eight brothers and sisters slip quietly into the waves. It will be a decade or more before any surviving hatchlings will return to Yala’s beach to lay the next generation of their ancient odyssey – each soft-shelled egg an ode to Jetwing Yala’s earnest conservation efforts. 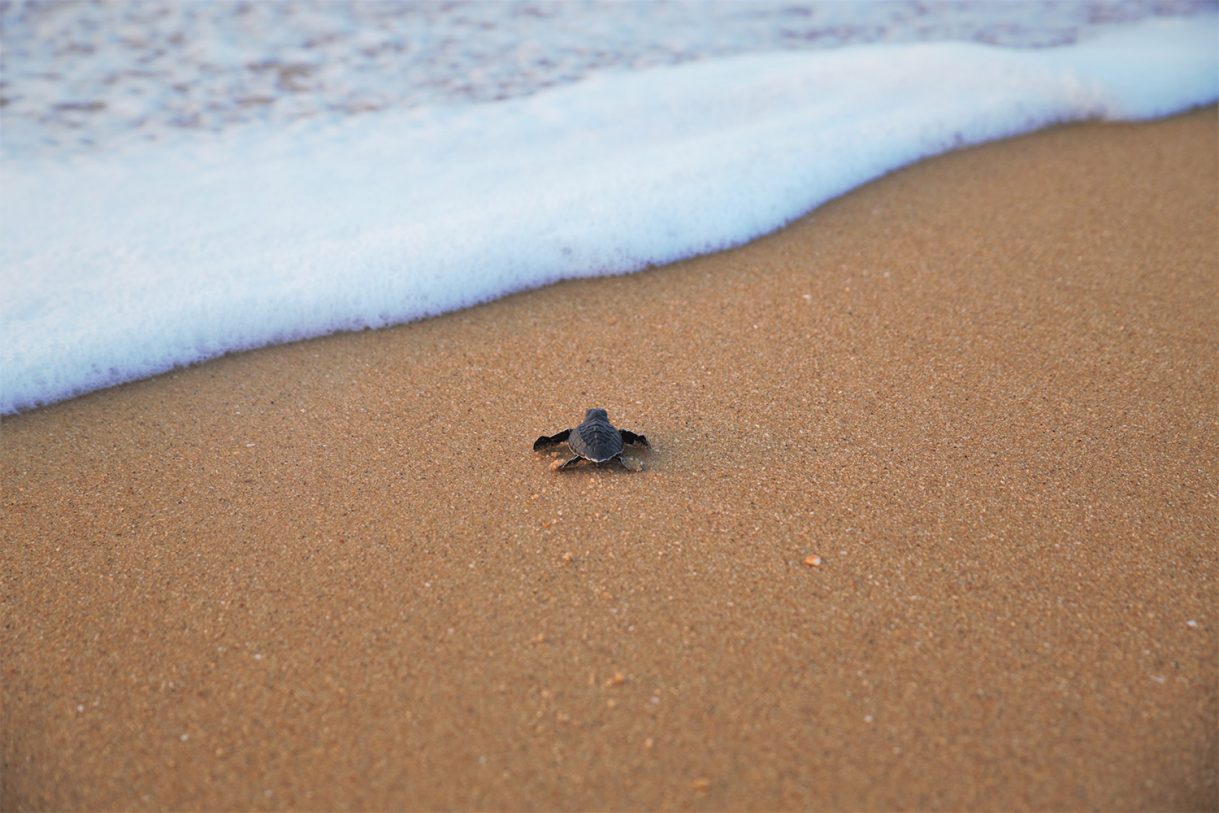