Despite being pint-sized, Sri Lanka is home to giants. The azure waters that encircle the island harbour the only resident population of blue whales, the largest creature to have ever existed; while the island’s top predator, the Sri Lankan leopard is considered one of the largest leopard subspecies in the world. However, the limelight in this tussle of giants is undoubtedly claimed by the majestic Sri Lankan elephant, the biggest Asian elephant subspecies on Earth.

Interwoven into the fabric of Sri Lankan culture since time immemorial, these gentle giants have played an invaluable hand in shaping the course of the island’s history. One needs only to look at the enormous stones that make up the ancient bastions of Anuradhapura and Polonnaruwa to see the unmistakable imprint of pachyderms. As these kingdoms built upon the shoulders of elephants flourished and civilizations burgeoned, their kings constructed a network of reservoirs and lakes to supply water for paddy fields and cultivation – one of the most intricate irrigation systems of the ancient world. 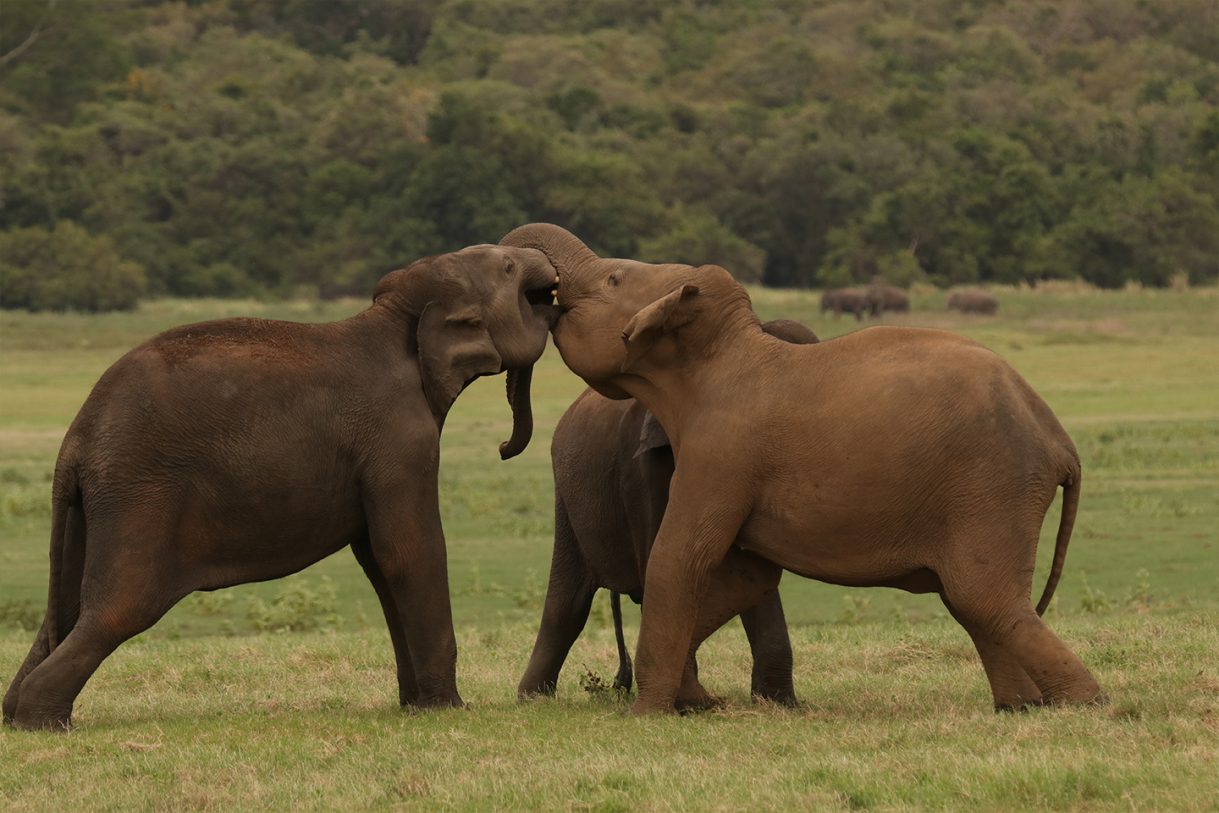 Maybe unwittingly, in constructing reservoirs and vast lakes, the landscape of the country was changed forever for its elephants.

Water plays an important role in the life of an elephant. Being creatures of titanic proportions, they drink up to 50 gallons a day – roughly the equivalent of a bathtub, as well as consuming about a 350kg of foliage and grass. During the heat of the equatorial sun, elephants love to wade into water to cool off as well as forage for succulent aquatic plants. Although Sri Lankan elephants have historically inhabited dense forests, the construction of lakes and the ensuing habitat changes saw populations soar and set in motion an epic spectacle that, even today, two thousand years later, continues uninterrupted. 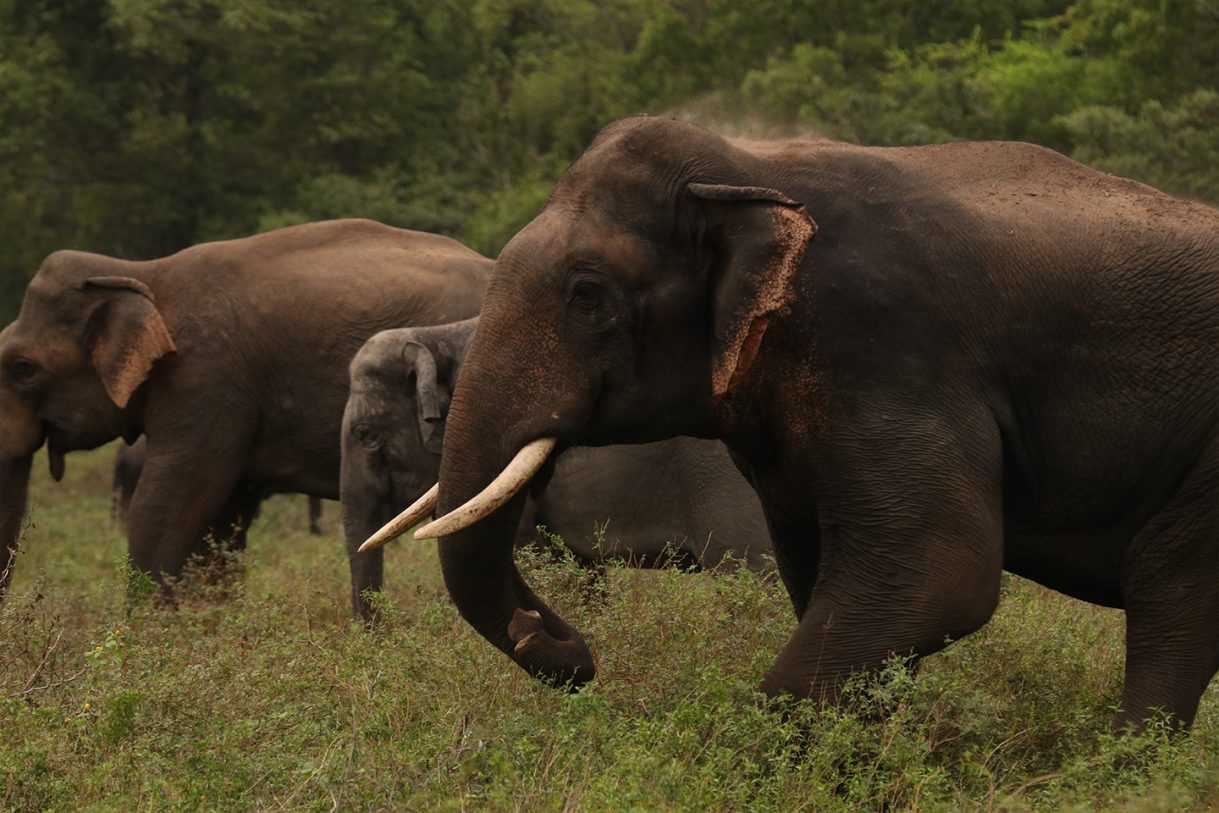 Although Sri Lanka does not experience seasonal changes, there is a period of marked drought between monsoonal downpours. In the north-central regions of Dambulla and Anuradhapura, these droughts are mitigated by the aforementioned reservoirs and in the months of May to October, during the height of the dry season, the receding waters act as magnets for elephants in the surrounding wilderness.

The Minneriya and Kaudulla tanks, both creations of one of Sri Lanka’s most prolific reservoir builders King Mahasen of Anuradhapura, are the epicenters of this great seasonal migration. Contrary to popular belief the elephants do not come to the reservoirs for water, instead to feast on the grass that flourishes in the fertile soil the evaporating waters leave behind.
And they come in their numbers. 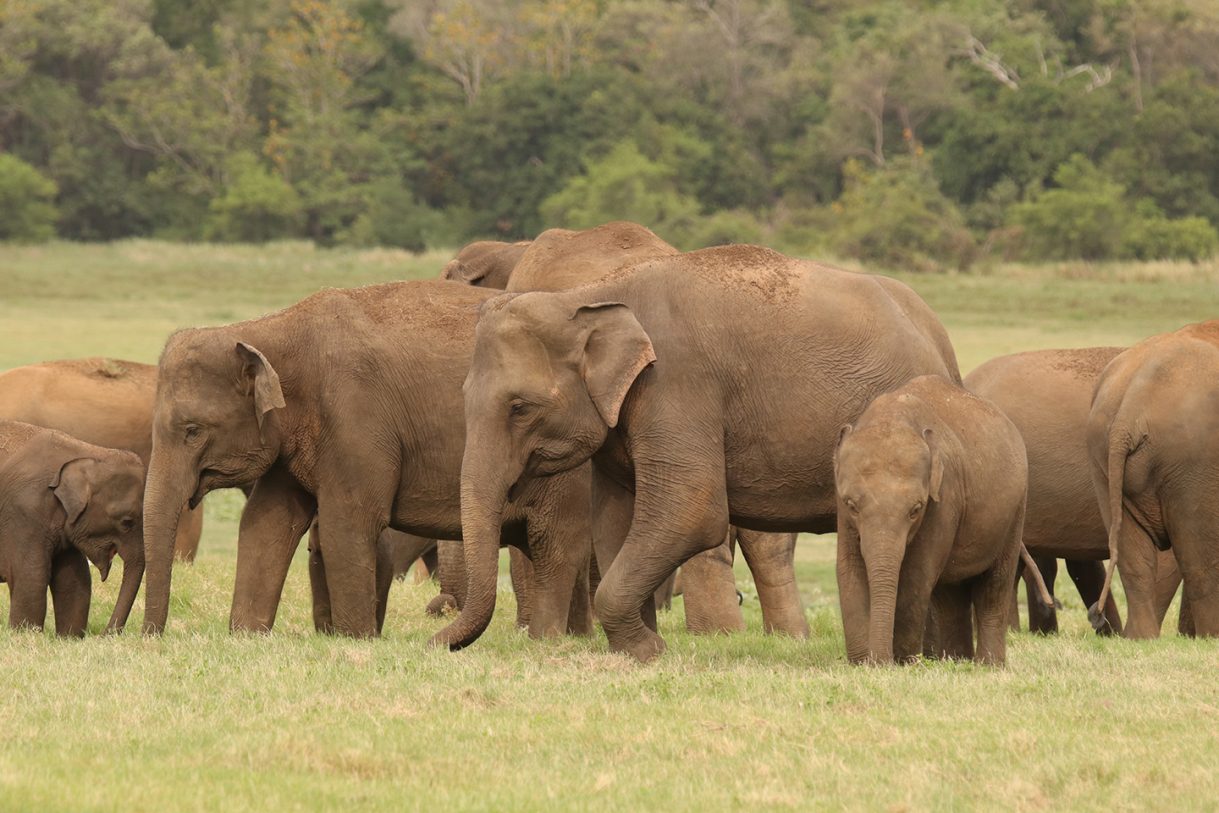 Recognized by BBC Travel and Lonely Planet as one of the greatest wildlife spectacles on Earth, several hundred elephants come together on the grassy fields in an event dubbed “The Gathering”, widely considered the largest congregation of Asian elephants in the world. For wildlife enthusiasts and photographers, The Gathering affords the first-row seat opportunity to witness the remarkable social behavior of herds of elephants against the serene backdrop of Minneriya and Kaudulla reservoirs. The meticulously delicate eating habits of the elephants are fascinating, each clump of grass being hit against the foreleg to remove dirt and sand; the gamboling of calves heart-warming; and the play-fighting of juvenile males vastly entertaining.

The Gathering, however, takes on an importance that belies its tranquility. In drawing together elephants from across the north-central dry zone, it functions as an intermingling event for genes of different elephant groups. Winning the right to mate amongst myriad competitors ensures that only the strongest, healthiest genes are passed on. 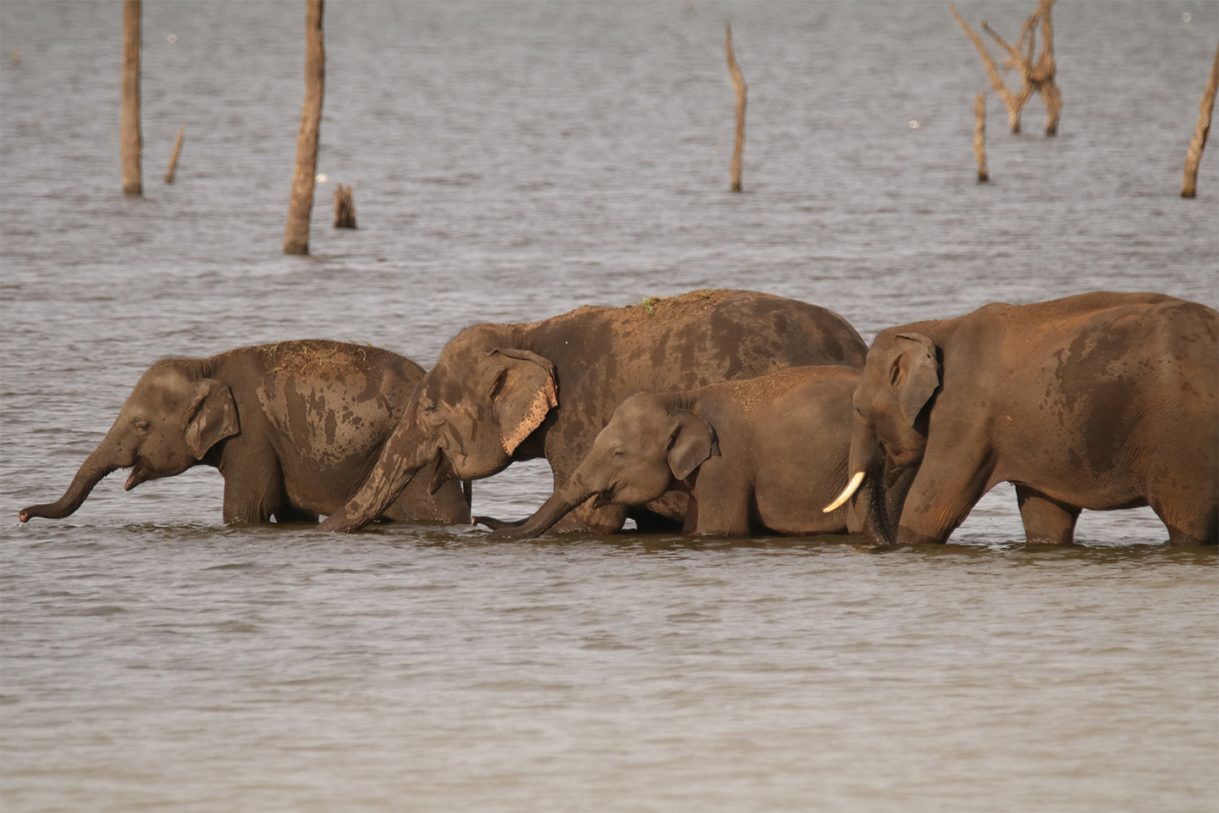 Little would King Mahasen have known, in his construction of Minneriya and Kaudulla, he was setting the stage for a spectacular drama to unfold over the next millennia.

Now declared national parks, Minneriya and Kaudulla attract wildlife enthusiasts and nature photographers from the world over to witness and experience The Gathering. Perfect times to visit are during the thick of the activity – in the months of June to August –, between 3 and 6 in the evening when the elephants, who move into the shelter of the forest during the midday sun come out to feed on the grassy banks.

Experiencing The Gathering is not simply gazing at hundreds of elephants in a national park. It is the witnessing of an ancient spectacle unknowingly set in motion by a king and continued for over a thousand years.