Harking back to Sri Lanka’s colonial past, the hill country of Sri Lanka still preserves in its quaint towns and villages, the architecture and idiosyncrasies of a European past. Girdled by verdant mountains crowned with perpetual clouds, Nuwara Eliya – the city of lights – was the hill country seat of the British empire in the island and still the capital of the Nuwara Eliya district.

The road from Colombo begins to rise soon after leaving behind the first, coastal peneplain and, as you transition from the second to the third, the climb becomes steep and winding. The views, however, are spectacular and should keep you occupied from the slightly dizzying ascent. On either side of the road are lush plantations of the island’s greatest export – Ceylon tea, widely considered the finest in the world. Yet another echo of the region’s British history, the first tea trees were planted in a desperate attempt at recouping losses from a coffee industry that had buckled and collapsed in the face of a relentless blight. Little would they have known the resounding success of their endeavor.

However, the intention while in Nuwara Eliya this time is not to explore the area’s extensive tea plantations and factories. The region boasts of far more than just tea; it is a region whose allure has enamored the locals and foreigners alike and earned itself the moniker little England.

After a five-and-a-half-hour journey from the sultry coast, the accommodation for the next few nights is Jetwing St. Andrew’s – a gorgeously restored Georgian mansion which originally served as a Scottish country club in the 1800s. After checking in and gulping down the delicious, steaming vegetable soup that is served at check in, slip on a light jacket and grab your camera and wander out to the town for firsthand taste of Nuwara Eliya. 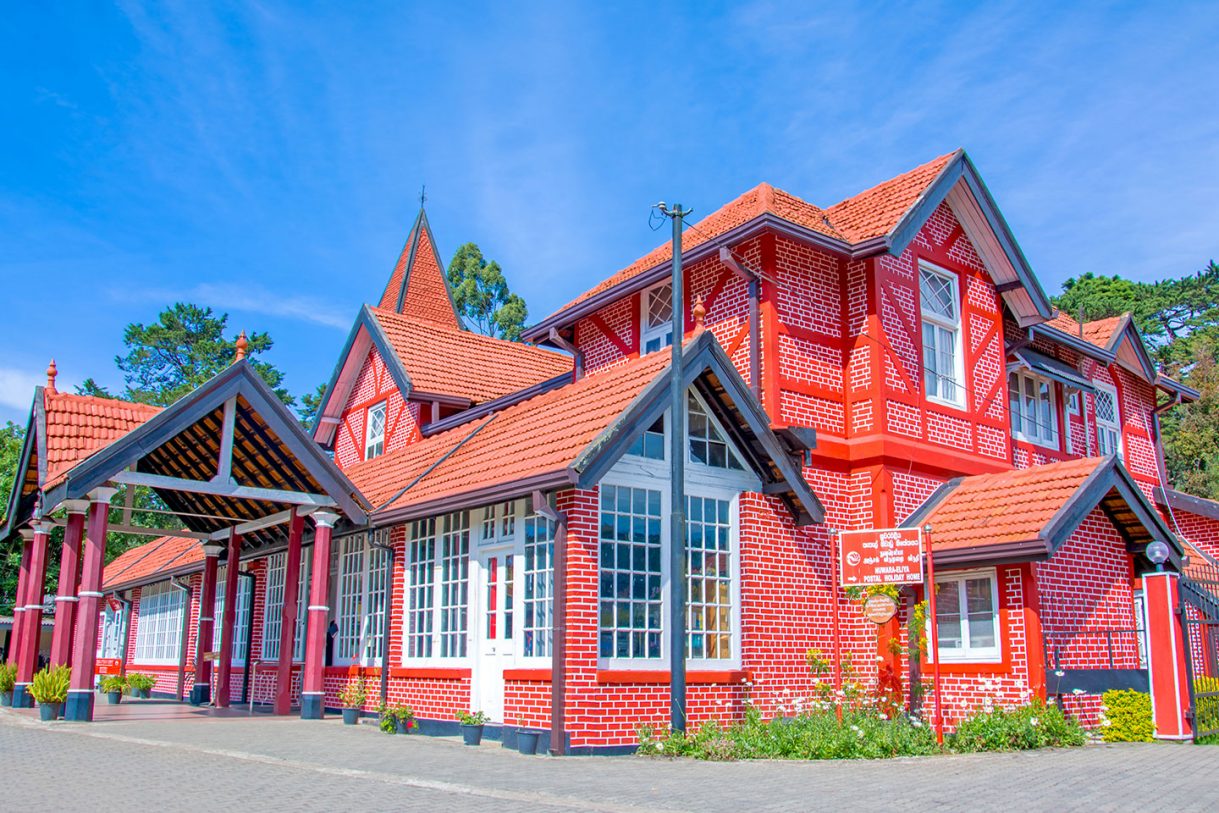 The first port of call is the iconic red post office at the center of the town – a century old artefact built in the timeless Tudor style, with a red brick exterior and distinctive edging. Wander further into the bustling town, and you come across St. Xavier’s Church, built in 1838 with a towering façade and a grand interior. Christianity is prevalent in the region and many find solace beneath the altar. The Hill Club of Nuwara Eliya, today a privately-operated entity with luxurious rooms and a host of modern amenities was once a holiday home catering only to the British. It was found by a British coffee planter in the 1876.

With a successful, late morning round of photography under your belt, return to Jetwing St. Andrew’s for a spot of lunch, seated at the Old Course restaurant where the modern touch of glazed glass juxtaposes the polished timber and carpets. The cold mountain air certainly whets the appetite and you are sure to wolf down a generous helping of the sumptuous lunch.
Post-lunch, hop back in the car and pick your way through the town, past the racecourse and Georgian bungalows and over to the fantastic Hakgala Botanical Gardens.

Just 16km away from the city center, the garden is at an altitude of 5,400m above sea level with mean annual temperatures ranging from 16C to 30C. It was established in 1861 by a gentleman named George Henry Kendrick Thwaites. Beginning as an experimental cinchona plantation before transforming into an experimental tea plantation, it eventually settled into a botanical garden in 1884. The famous Victoria Park, a public park within the precincts of the town, was the research field for Hakgala before being formally named to celebrate the Diamond Jubilee of Queen Victoria.

The botanical garden is a collection of montane plants and trees that grow in abundance, cared for by the expert gardeners and botanists of the garden. The silhouette of the alpine flora through the semi-transparent veil of mist makes for mystic spectacles. The curators inform say that the garden, while stunning at any time of the year, truly comes into its own during April, when the myriad bushes that adorn the park burst out in a sea of flowers. 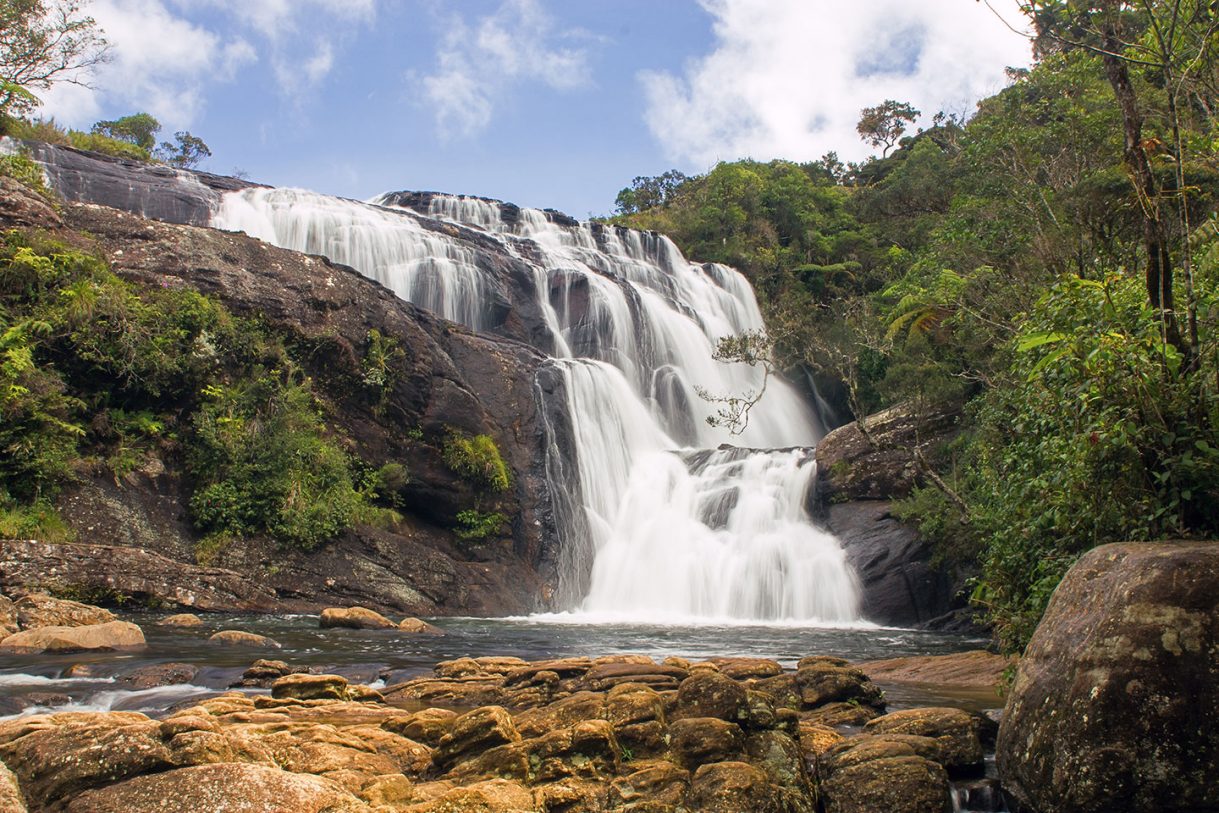 Of course, one must not forget the mandatory pit stop at the famous strawberry shops close to the botanical gardens which serve up the juiciest strawberries lathered generously in cream – an absolute delight – before motoring back to the hotel for dinner and a good night’s rest.

Head down to the lobby in the morning for a cup of authentic Ceylon tea as the sun breaks the mountaintops. The tea is rich and flavourful and unquestionably fresh, the flavour of tannins pervading deep into the palate. One could enjoy a cup with a splash of milk or cream, but many prefer the pure, black tea with just enough sugar to cut through the tang.

Wrapping yourself in a parka, hop in the car for a 32km drive which is among the most scenic in the country. The scattered cityscape gives away to meadows of green grass, patches of montane forest, and the odd house decorated with colourful flowers. You will pass the farm at Ambewela, the Pattipola Railway Station that is considered the highest railway station in the country, tree palms that are a callback to an age when dinosaurs ruled the Earth and finally pull into the Horton Plains National Park. 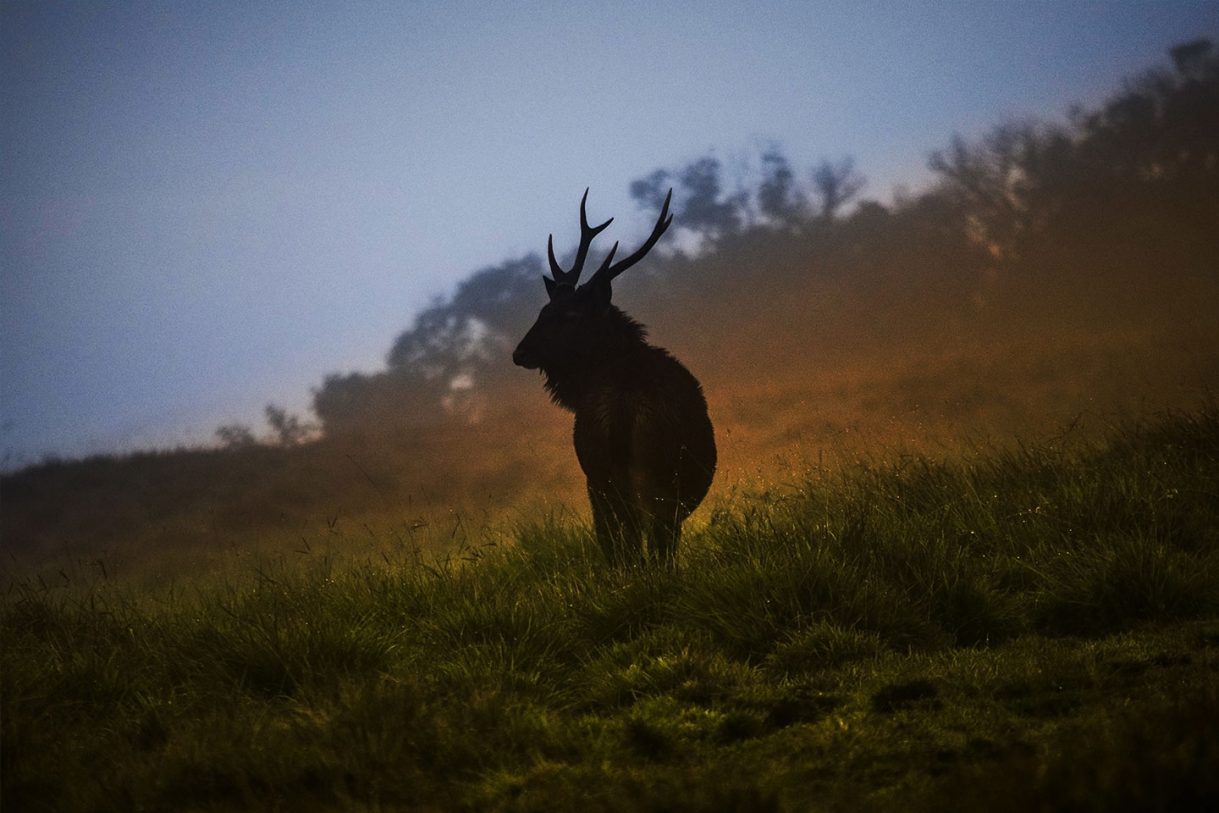 Situated over 2000m above sea level, the montane grasslands and cloud forests that comprise Horton Plains are home to a staggering number of endemic plants and animals. Park your car and say hello to the friendly sambar (the largest species of deer in Sri Lanka, commonly encountered at Horton Plains) that hangs around the entrance and begin your trek. The winding path takes you through grassy plains, windswept montane forests, and icy cold lakes. Colourful, small birds flit from branch to branch while the antlered silhouette of sambar appear and disappear through the mist.

The trail, which takes you past the majestic Baker’s Falls, culminates at the famous World’s End, a precipitous overhang that, on a clear day, gives you a panoramic view of the central massif. The trek is challenging but the magnificent vistas is well worth it – the gnarled trees with foliage ranging from the deepest greens to peculiar crimson and blue-hued mountain peaks.

There are three trails that one could take at Horton Plains. For the uninitiated, the main trail which takes you to Baker’s Falls, the World’s End, and the iconic Chimney Pool is probably the best bet. The shorter Thotupola trail takes you to the summit of Thotupola Kanda (mountain), which is the third highest point on the island; the extensive third trail takes you to the summit of Kirigalpotta, which is the second highest point in the country, behind only Piduruthalagala.
The 8km trail is sure to work up a ravenous appetite, so return to Jetwing St. Andrew’s for late breakfast and a bit of a rest before sauntering down to Gregory Lake for a relaxed evening. 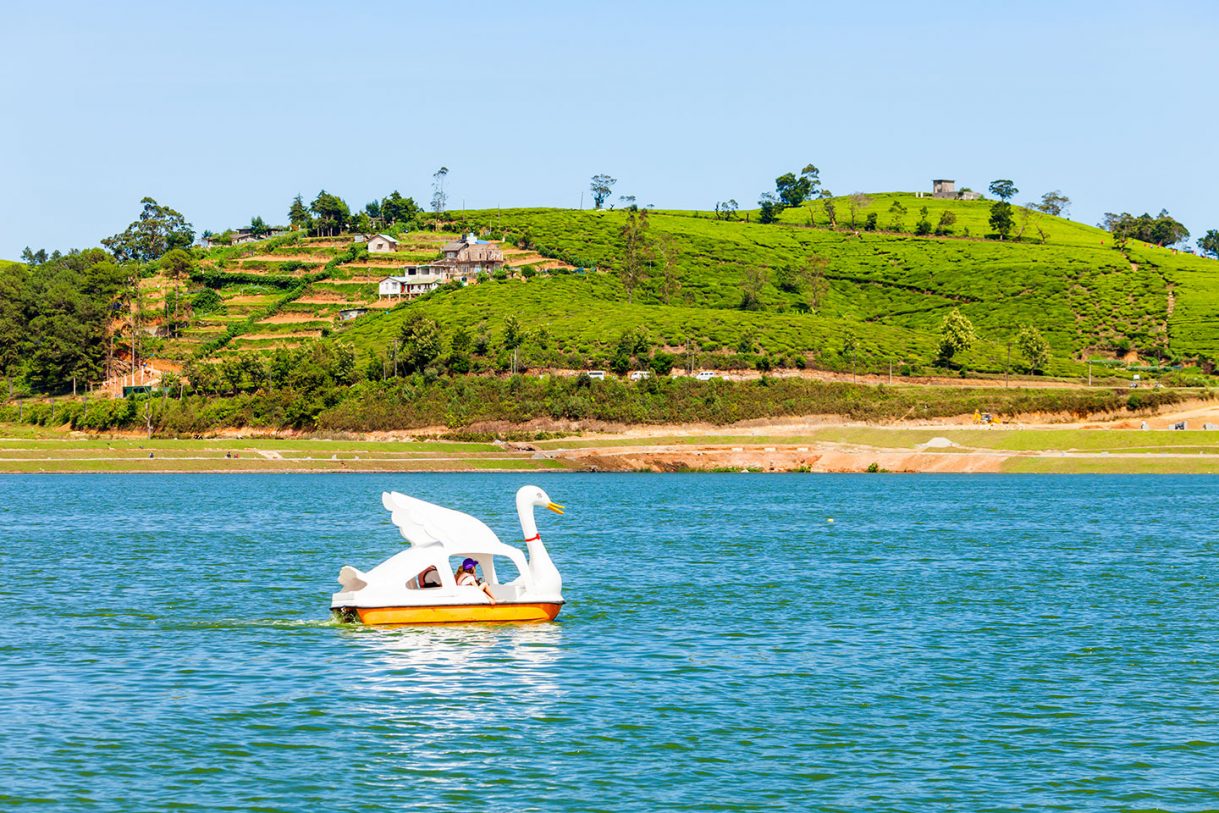 Originally a swamp, the lake was created under the orders of Sir William Gregory in 1873 by damming the Thalagala stream. Stocked with trout in 1881 by the Assistant Government Agent for Nuwara Eliya, Mr. C.J.R. le Mesurier, it became a fishing destination for effluent British. Today the lake has become a hub for social activity of the town, kids and adults alike enjoying the green grass banks and the boat rides on the water. The lake, however, is important in terms of hydroelectricity as the waters were directed to a hydropower plant in 1913 which continues to supply power to the town to this day.

A firm favourite amongst the laughing crowds that have made the scenic lake their sunset pastime, the windows of the houses that fringe the water lighten one by one against the oncoming darkness. Several would undoubtedly have crackling fireplaces, warming the flagstone and timber floors. With its fascinating excursions, quaint colonial charm, and soothing weather, Nuwara Eliya is definitely a place that would have anyone returning to, time and again.